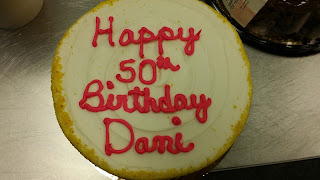 After two rounds in less than ideal conditions our girls finish in 7th.  A little disappointing but still the best finish ever for the team.  We were in 5th after first day and fell back on the second. 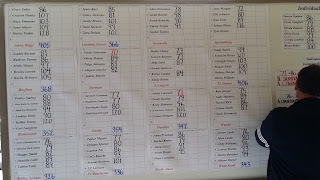 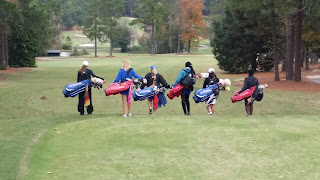 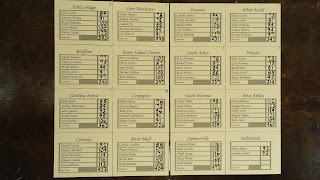 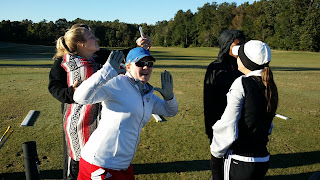 Wow Cece came up seriously clutch today.  It was a long day on the course with all the rain we have had over the past week and half.  The course was muddy in places.  The competitors in the foursome she was in didn't get off to a great start.  Cece was 3 over through 5 holes and then got distracted with the errant shots of her foursome and ended up with a 49 on the front.  The other competitors in her group shot 58, 65 and 65.  The Bluffton teams #5 player shot a 47 so with the top 4 scores we were tied with team scores of 175 at the turn.  After a quick lunch the girls were sent back out.  Good news our #5 player shot a career low of 44 for the first 9 but got a little worked up about it and struggled on the back 9.  Our #3 had a difficult start on the first nine but came back strong on the second nine and beat her competitors.  So heading down the stretch our #1 finished back 2 shots.  Our #2 finished back 3 and our #3 finished ahead 3.  That left Cece and our #5 to pull together 2 strokes for the tie or 3 strokes for the win.  In a fight to the finish Cece through 16 (hole #7) was at 33.  The #5 from Bluffton was at 33 through 6.  Cece needed to par out to help our team challenge for the Regional win.  On #17 a par three Cece came up short with her tee shot and left a long par attempt after her chip.  She rolled her put ever so close to dropping but unfortunately ended up to the side of the hole with a kick in bogie.  On #18 a short par four Cece hit one of her better drives of the day to 125 out but was in the middle of a fairway pot bunker.  It took another five minutes for her to get a chance to play her second shot.  She used an 8 iron from the bunker.  Her shot was high and tracking straight at the pin.  It lands on the green about four inches from the pin and rolls to about two and half feet.  Man I was so excited I jumped and yelled for joy.  Other Fort parents got a kick about how excited I got with the incredible effort to focus and execute a difficult shot.  Cece then waited for the other girls in her group to finish and she drained the birdie put for a 40 on her second nine holes.  The #5 from Bluffton shot a 46 on the back for a 99 and our girls brought home the trophy 347 to 349.  Three Fort girls won Regional honors for scoring Taylor, Delanie and Cece. 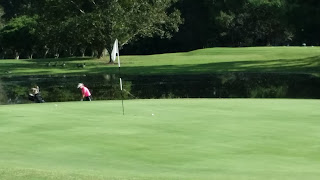 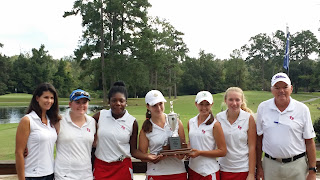 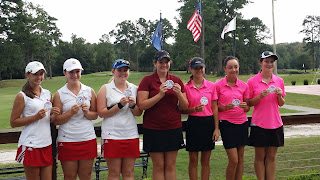 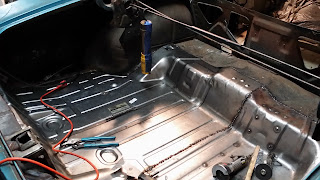 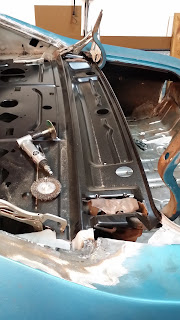 Long Saturday on the trunk pans

Got to work a little after 8:00 am and called for the day about 6:00 pm.  My back today is in full spasm.  I would have to say I may have over done it.  Got the pans in just got to fix a small trimming error and tacking the sides in.  Woohoooo!  It has been a long time coming to say I can see the light at the end of the tunnel.  The list is weld the sides of the trunk pan.  Install the bottom of the rear window metal and make sure the window fits properly.  Then install the heads on the motor and put the top end on.  Install new radiator.  Rear end I need to install new axle bearings and fill with oil.  See the work on my Chevelle page.
Posted by SC Golfer at 10:04 AM No comments:

Rain lots of it for the weekend.  Saturday put new shoes on the Journey and invited friends over for the Georgia football game.  Fun time for everything but the final score.  Sunday everything in town was canceled so spent from 8:30 to about 5:00 doing some final clean up patch work to install the trunk pans in the Chevelle.
Posted by SC Golfer at 6:52 AM No comments:

More work going on the Chevelle

Been working a hour here and there getting work done on the rear window channel.  I have also began cutting out the trunk pan for replacement.  Check out the build page. 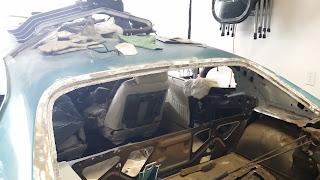 Golf tourney in honor of a great friend.
Gayle Cordle
You will be missed!

Birthday Weekend did more work on my Chevelle

Got to actually installing patch panels on the rear window area. 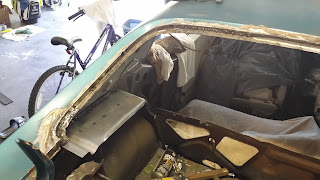 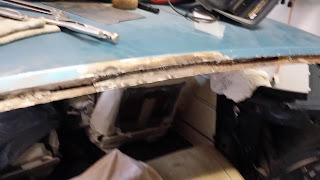 Did a test fit of the package tray to truck replacement panel. 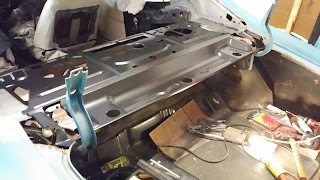 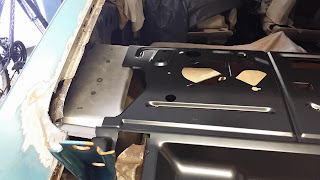 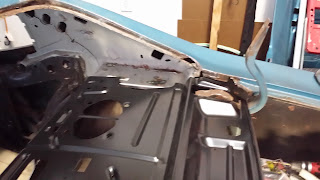 Its crazy to see the gaping hole covered up.  I will have to take more pictures of the patches around the window channel.  Getting closer.... it exciting to see progress on the car after so long.

Wow life has been speeding along

Since my last post my daughter has been playing high school varsity golf. Will need to work on more updates.
Posted by SC Golfer at 8:46 PM No comments: